Next week the US public go to the polls to elect a number of members of Congress. This vote is referred to as the midterms, as it sits half way through the incumbent president’s term; two years before the next presidential election. Joseph Biden’s seat is therefore not up for grabs, but a number of seats in the Senate and the House will be decided on 8th November.

The midterms can be a driver of market sentiment around the event, as the outcome can shape the outlook for US legislation going forward. This year, however, it is macro-economic policy, inflation and the Federal Reserve (Fed) raising interest rates, that has been driving the market view. This said, the outcome of the vote will in some part influence the outlook for monetary and fiscal policy.

On average the sitting president’s party lose 26 seats across Congress during the midterm elections and in this year’s case the Republicans only need to gain five seats in the House of Representatives to gain a majority. 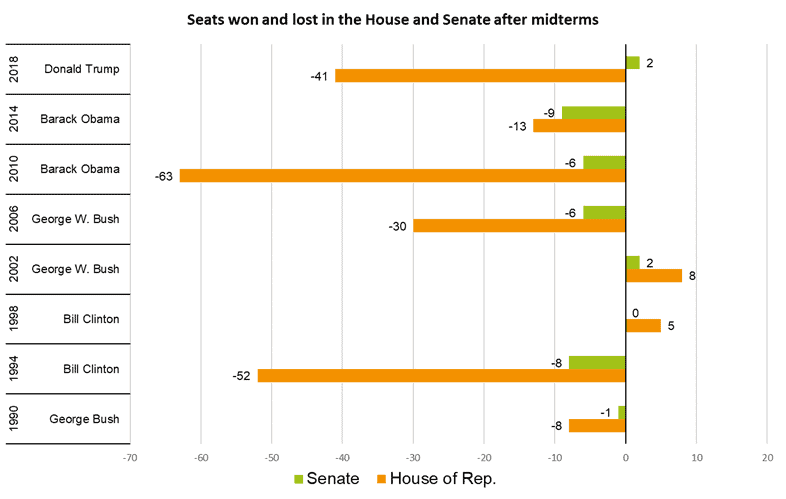 Congress is the legislature of the federal government of the United States. It is composed of two chambers: the lower and upper bodies.

The Senate is the upper chamber of US Congress; composed of 100 senators, two per state. 35 seats are up for election in the Senate.

So, what are the possible outcomes of the vote and what does this mean for the US and markets?

The Democrats currently control a majority in both the House and the Senate. Originally, this scenario seemed an impossible outcome following the midterms. As we mentioned, the current president’s party tend to lose them. However, the Democrats now find themselves in a position where holding on to their majorities could become reality as support has grown. The Inflation Reduction Act implemented by Joe Biden was well received, gasoline prices have started to fall, and the Supreme Court has not helped boost centrist Republican support through their far-right rulings on abortion and gun control.

A significant win from the Democrats (which does not mean they have to gain ground, but simply stay put) would bring topics such as raising top tax rates for corporations, income and capital gains taxes to the legislative table, along with tighter regulation in certain areas. In this scenario, investors are likely to react negatively in the very short term, pricing in a more challenging environment for business. However, such reforms would be designed to have a positive economic impact in the long run.

This certainly looks the most likely outcome. Polls are suggesting that the Republicans have a high probability of winning the House, meanwhile the Democrats seem to be favourites to retain their majority in the Senate. This is stalemate from a legislative perspective. Though the Republicans would control legislation being approved by the House, the Senate, under the Democrats, would be more likely to block right-wing agendas. Likewise, left-wing policies would be less likely to make it through the House.

From a market perspective, this is an interesting scenario. This is a compromise between both parties, which avoids any extreme policy-making from both sides; an ideal situation for investors. Additionally, this would give some room for the Fed to implement monetary policy without pressure from government. With the current state of the economy and inflation, we see this as the best-case scenario.

Scenario 3: Full sweep from the Republicans

In this case, the Republicans win enough seats to control both the lower and upper chambers. Though the Republicans would then have a tight grip on the legislative process, most right-wing policy is likely to be vetoed by the president himself. His decision can only be overridden by a two-thirds supermajority in both chambers and absolute control of legislature by the Republicans therefore isn’t feasible. This scenario leads to a similar outcome as scenario two, where US policy remains relatively unchanged over the next two years.

This outcome sets up a tone change in US politics, and with the traditionally pro-business agenda of the Republicans, markets would welcome the possibility of support coming from the party over the long term.

Polls are showing that Republicans will probably take control of the House but not the Senate, which brings about scenario two. A Democratic presence would allow the US to pursue policies that are ultimately more stimulatory, though in the longer term, while a Republican touch can provide some economic rigor. Though this sounds like the ideal partnership, policy rarely finds bi-partisan support.

The elephant in the room that we’ve yet to mention is Donald Trump, who has stated he will probably run for re-election in 2024. These midterms will give him a good idea as to where he and the party sit in the polls.

Whatever the outcome of the vote, initial US market reaction following the midterms, and indeed presidential elections, tends to smooth over time. It will revert back to the macro-economic factors at play that dictate sentiment and in this regard all eyes remain fixed on the Federal Reserve, which this week have reiterated their intent to fight inflation with higher rates. Our long-term stance for US equities remains positive, and although recessionary pressures persist, the opportunity set for investors has grown considerably.

The outcome of the midterms will definitely be interesting for US politics over the next couple of years, but perhaps a bad midterm for both parties provides a more certain environment for investors and markets. 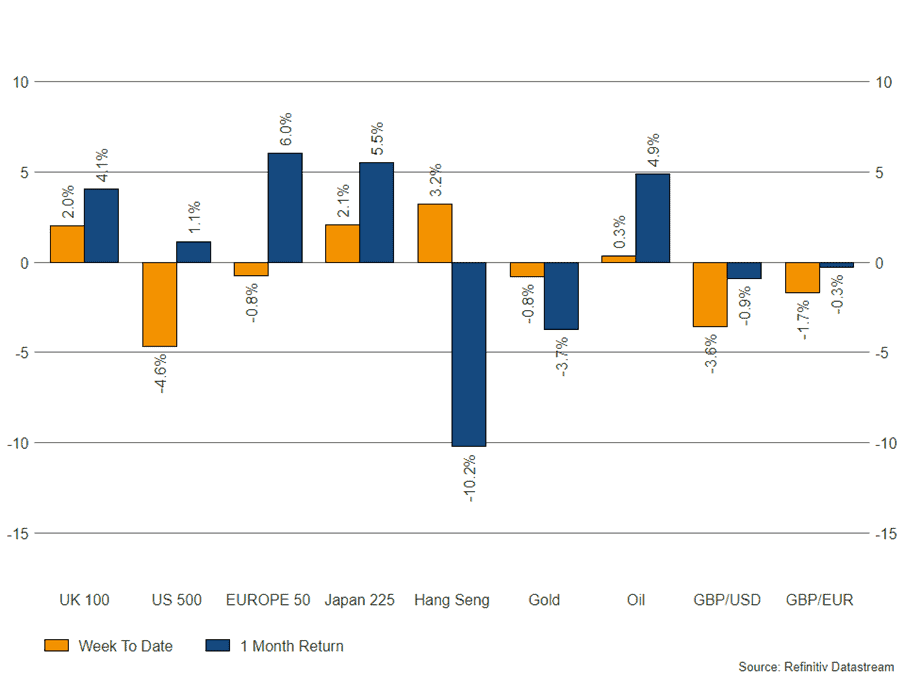