Liz Truss has taken over from Boris Johnson as prime minister of the UK with a challenging to-do list. She intended to hit the ground running by announcing her plans on energy bills, slashing taxes and going to the U.N. general assembly. However, the Queen’s passing has put a brief hold on these activities. However, yesterday, the new government announced it will deliver an “emergency mini-budget” on 23rd September, and within this note we will address the main challenges Liz Truss will need to solve rapidly over the next few months.

UK inflation reached double digits during the month of July for the first time in 40 years and the Bank of England has forecast a peak above 13% before the end of year. This inflationary trend is mostly driven by the rising cost of energy – average energy bills have risen by more than 50%. This is obviously not good news for households, but also for business, and is directly impacting the same sorts of businesses that the government had to bail out during the pandemic.

Liz Truss’s energy package, which could cost up to £100 billion, is designed to cap energy prices for households and businesses and will be financed with debt. As a result we have seen sterling come under pressure, currently at 1.14 against the US dollar, the lowest since 1985. The energy price cap will be costly to future taxpayers, but very pragmatic. Most European governments, pro free-market or not, are doing the same thing. 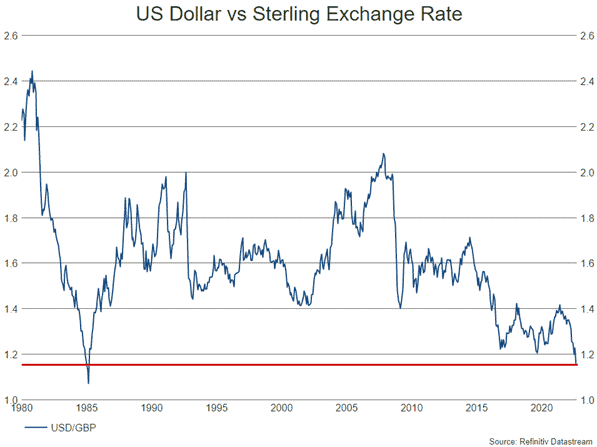 The PM’s biggest call might be fiscal loosening. By the look of it, she was elected based largely on this promise. She will announce at the end of September the cancelling of plans for a corporation tax rise (from 19 to 25 per cent), initially laid out by Rishi Sunak. This will prevent the double blow of higher costs and higher tax for struggling businesses and therefore acts as a stimulus to the UK economy – with one eye on either avoiding a recession, or at least avoiding a deep one.

Indeed, the Bank of England is now expecting the country to fall into a technical recession – defined as two consecutive quarters of economic contraction.

Having stepped up from her role as Foreign Secretary, Truss will know better than most how precarious the geopolitical stage is. The Russian invasion of Ukraine, tensions with China and Brexit all come to mind. However, on the latter point at least, she is buying time by agreeing with the European Commission to extend the grace period regarding the Northern Ireland Protocol. The UK government has already announced that new elections to the Northern Ireland Assembly will be called on 28th October if no progress is made.

Since the beginning of the year, train services, journalists, lawyers and postal workers have gone on strike. In most cases unions have blamed the government for not meeting their demands. These strikes, if continued, can only have a negative impact on productivity and growth. It will be down to the new government to consider their position on a case by case basis if ongoing disruption is to be avoided.

Last but not least, Ms Truss may well be looking over her shoulder at her own political party. Although she won the popular Tory Party Membership vote, this was by a much smaller margin than expected, and Truss made it through to the final vote as second favourite to Rishi Sunak amongst Conservative MPs. She will need to work to win over her party, as well as the public.

Despite the challenges cited above, Liz Truss’s tax cut would benefit UK companies. Directly in the case of a cancelled tax rise, and indirectly if consumers have more financial clout. There is no guarantee, however, that cuts would help boost the UK economic growth. (If inflation continues to rise, increasing money supply may work to push it higher from the demand side.)

Within portfolios we hold a diverse allocation to UK equities. Larger companies that generate revenue from outside the UK benefit from a weaker sterling, whilst our smaller-companies allocation provides a domestic focus that will gain support from a money injection. We do not hold a direct allocation to UK government bonds and much of our global equity allocation remains unhedged at this time, providing exposure to foreign currencies that would again be beneficial should sterling come under further pressure. 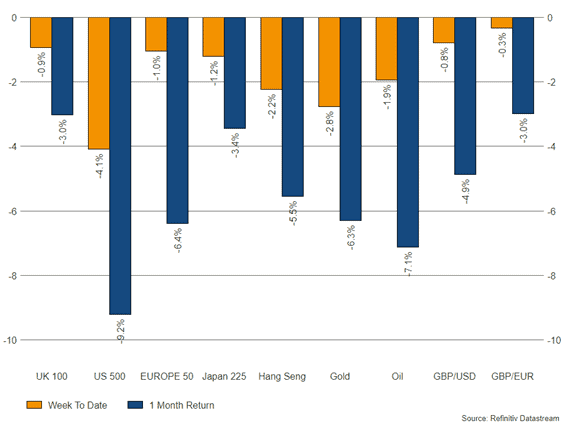